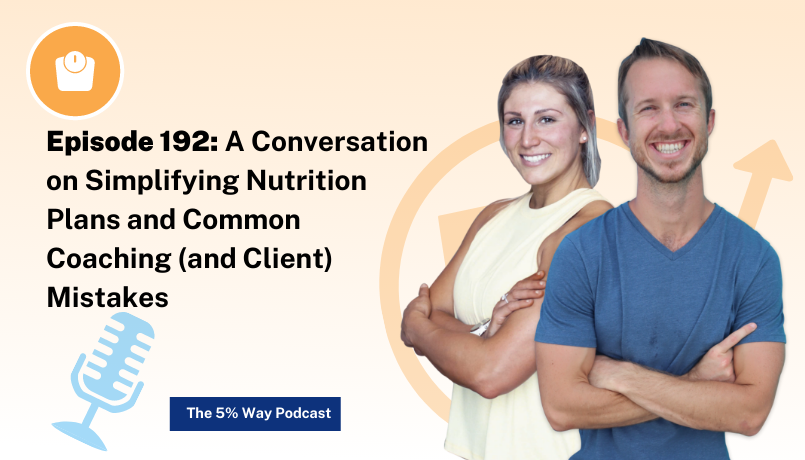 Micheala and I have collectively coached more than 2,000 people. And we have also been clients to a handful of nutrition coaches.

In today’s episode, we share a conversation about some of the crucial mistakes being made by coaches (and clients, like yourself) when it comes to building sustainable nutrition plans…and actually adhering to them.

We then pivot our discussion to dissect the nuances of how Micheala and I build individualized, sustainable nutrition plans to help you better understand how and where (and why!) to focus your time, energy, and efforts to do so.

If you’re seeking further clarity on how to build your own sustainable nutrition plan, or, need a further understanding of why your attempts at hiring the wrong coach haven’t worked out, this episode is for you.

Grab Our “Build Your Own Sustainable Nutrition Plan Masterclass Bundle.“

Apply to Join The 5% Community

Paul Salter is a Registered Dietitian and Founder of The 5% Way. Since 2013, Paul has worked one-on-one with nearly 1,500 men and women, helping them to collectively lose tens of thousands of pounds of body fat and keep it off for good. He’s also published nearly 1,000 articles, two books, and 175 podcast episodes (and counting) on all things related to our five core elements of sustainable weight loss.

Micheala is a Transformation and Community Success Coach. She specializes in bringing out the absolute best in you and helping you see that you already have everything you need to achieve the transformational results you desire. Micheala will be an incredible asset for you on your journey since she went through the process herself and has seen long lasting results. 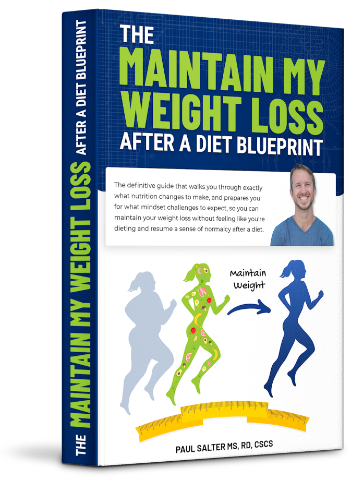 The Maintain My Weight Loss After A Diet Blueprint